Where are OUR Human Rights ? 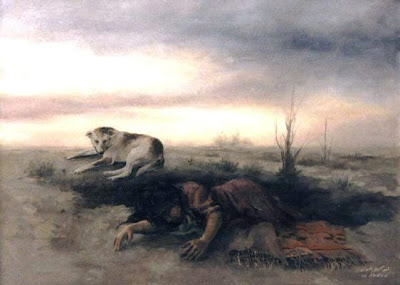 Six years on and I am still, always, shocked by what I observe around me...

My mind cannot comprehend how is it possible for any human being to be subjected on a daily basis to violations of basic human rights, and not get angry and enraged.

The West in general and the Americans and their slave boys the English, in particular, expect you to take it, unconditionally, and mum's the word.

You are not to express, vent, argue, debate, point the finger, criticize, insult, denounce... any of the crimes perpetrated by these people, their governments and their countries.

How can that be ?

How can that be ?

If any American or English motherfucker, is daily subjected to arrests, bombs, endless stories of rape and torture of his/her own people by an outside group, if these motherfuckers are made into refugees, left with nothing, if they lost their homes, their families, their loved ones, their belongings, their incomes, how would these bastards react ? This is what I want to know and witness...

Would they still come and preach about good will and peace ?

Why is it, that this kind of ideological subservience, acquiescence, compliance, is expected from us ?

I tell you why, because deep down those bastards see us as third class citizens of the world that need to gulp it all down and be grateful...they see you and I as sub-human. That is why.

I am still shocked with the deliberate, willful, mental thickness of the West and of the Americans and English in particular, with their refusal to be personally held accountable...yes personally held accountable for the immense violence, brutality, theft, misery and grief that were inflicted and still are, on innocent peoples and countries, be it in Iraq, Afghanistan or elsewhere...

I am still shocked by the fact that you people can actually sleep every night knowing full well that you and your governments have committed the most atrocious crimes in modern history on innocent peoples and countries.

That is why every time I hear one of you bastards speak of Freedom, Democracy and Human Rights, I am taken by this urge to spit on your collective faces.

You and your governments have put the most reactionary, sectarian, tyrannical, corrupt government in place in Iraq and you still have the audacity to come and talk of good will, peace and human rights !

You and your governments have stripped Afghans of anything called a basic right, pushed them into the deepest abyss of poverty, neglect, abandonment, bombed the shit out of an already poor country, made thousands destitute and killed thousands and trafficked some of them and you still have the fucking audacity to come and talk of good will, peace and human rights !

My mind can no longer comprehend and absorb anymore of that...Someone pinch me and tell me it is not true.