Showing posts from January, 2013
Show all

Your Model Democracy in the New Iraq. 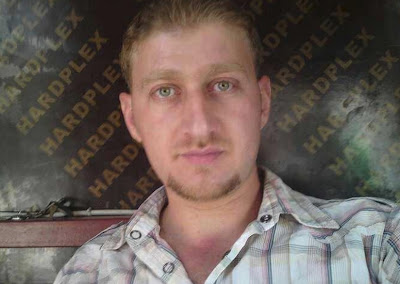 Omar Ali Al-Ani. martyr unarmed protester killed among 9 others today in Fallujah by the sectarian Shia government of Nouri Al-Maliki So you crossed oceans, with thousands of men, the greatest movement of troops since the second world war to "liberate" from a "dictatorship"and what a liberation it was, is... I said to myself, I will not write anymore. What is the point - thousands still linger in secret dungeons, tortured, raped and killed...in your new democracy, your model for the rest of the Arab world. You did not blink an eye...you saw absolutely nothing fundamentally wrong with any of it...life goes on for you, as it did in the past, as it will in the future...who cares...not you...certainly not the other Arabs, and definitely not the vile sectarian dogs you installed...in your model democracy. One should really command you with utmost praise for your noble endeavors...noble undertakings from a very noble people...we are really enjoying your
Read more
More posts