Showing posts from February, 2007
Show all

The language of Parrots. 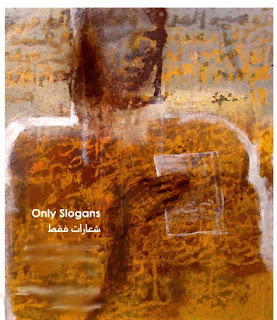 Some years ago, I read a beautiful Sufi treatise by Farradin'Attar entitled "Conference of the Birds". Like all powerful Sufi stories, this one stayed with me. The story, an allegory, is basically about a flock of different kinds of birds wanting to meet the Simorgh. The Simorgh being none other than the "highest" Bird. After a lengthy and torturous travel route, only a few made it to the Simorgh. Many gave up half way. Some got stuck in their own stories, others just dropped out from sheer exhaustion and others were afraid to venture beyond... But only those that were earnestly seeking to meet Him, managed to make it and reached their final destination. Of course, Farradin'Attar in his brilliant way, meant the Simorgh as a metaphor for Truth. Now, I have been receiving tons of mail, from all kinds of people... I assume they too are searching for the Truth. But like some of the birds in the Sufi tale, they are stuck. Some write to me with the same old verbia
40 comments
Read more 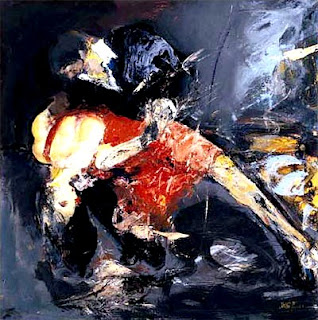 Let me teach you a few words in Arabic. Ashes is "Ramad" and Dust is "Turab" which also means earth, the soil, and "Turba" may also mean tomb or more exactly the grounds where someone is buried. Ramad and Turab is what Ramadi looks like today. Ramadi in the Anbar province. The hated Anbar, part of the "triangle". The ever so despised Anbar by both the Americans and the Iranians. The hatred was most evident today. The American Forces - wait, I take that back - they are not forces, they are cowards. The American cowards bombed Ramadi today. Many homes were demolished. A family of thirteen was buried under the rubbles. More than 26 civilians were killed, out of which 4 women and several children. Two infants, the youngest was 1 month old. Men rushed to the ruins trying to rescue whatever human form they can find. Bare hands, rugged, dust covering their faces and hair, digging and digging... Most had nothing but a shirt on. No vest, no sweater, no n
48 comments
Read more 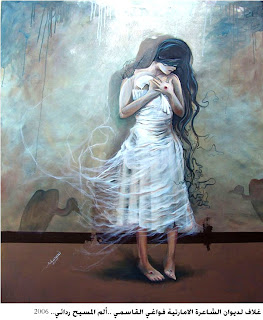 Rape - That dreaded four letter word. How hard it is to write, talk, think, about rape. No woman needs a dictionary for a definition of what the act means. Even women who are fortunate enough not to have experienced it, instinctively know about it... It is as if that knowledge is imprinted in our archaic limbic system, from times immemorial. Rape may come in different forms and shapes, as various as the forms and shapes that commit it. And just as it disguises itself under different forms, it also has several levels - the several levels of rape. The mental, the emotional, the spiritual, the political, the geographic, the economic, the social... All the above categories necessitate de facto the physical realm of which the body is an essential part. The body thus becomes the recipient, the receiver, the receptacle, the reservoir...of this ultimate act of violence. The body is an integral part of rape as it is the gate, the entry point, the door, the orifice...of any forceful invasion, p
35 comments
Read more 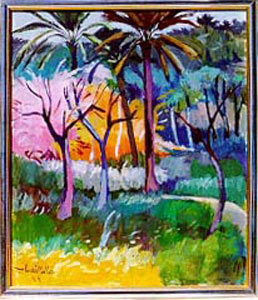 Some months ago, I wrote a piece called " Stuck at a Red light ". This piece was referring to the Green Zone/Red Zone divide in Baghdad. I urge you to read it because it is most accurate. Today, a friend forwarded me an article that appeared in the Guardian on exactly the same subject. Life inside the Green Zone : "Mission Imperial" ( read full article here and it is a must ) . The author, a fairly astute writer describes perfectly well, life inside the Green Zone. The import and juxtaposition of the rotten American way of life into the city of Baghdad. Reading it, I felt polluted... I felt polluted by those three meals a day swine eaters. I could smell the barbqued pork ribs,bacon and sausages. I could see the wobbly fat personnel diving their shiny sweaty bodies into Saddam Hussein's pool and I could see a trail ring of grease forming behind them... I could hear their obnoxious nasal accent laughing hard over cocktails and bourbons. I could see the dining hall
28 comments
Read more

Ishtar at the gallows. 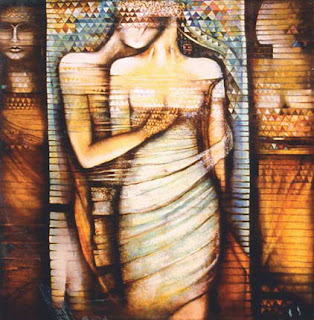 What kind of government hangs its women? This is precisely what the IraNqi/American government in Baghdad is planning to do. Three women not older than 31 are to be hanged with no trial, no legal counsel, no defence, no witnesses and obscure charges that no one has bothered to elucidate. These three women Zainab, Liqa and Wassan are held in the Khadimyiah prison in a " predominantly shia area" (see I caught the virus too) (see articles here and here ). If you remember well, this is exactly the same place where the late President Saddam Hussein met his fate. At the gallows of the Khadimyiah prison H.Q Another sectarian lynching is about to take place not too far from Imam al Kadhim shrine. Ahmadinajad and Khamenae will be giving Muqtada al Sadr, Al Hakim and Maliki the highest medals of the Quds Brigades for bravery and patriotism.Those same brigades that have trained their militias in the art of rape and torture. And they will be providing M.Al Sadr with a new set of more
73 comments
Read more 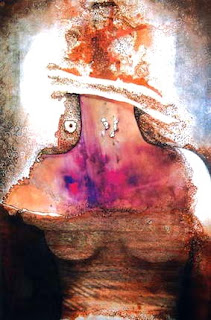 Today, the day for Lovers. Every single website talks about virtual boxes of chocolate, virtual roses and virtual cards ....Ahhhh Love is in the air. Soapy, sloppy, sentimental, tear jerking heart shaped wishes and millions of dollars are made in profit out of "Love", American style, today the 14th February. Sorry, was never inclined to much cheap romance myself. I have no love card to show you, no amorous song to sing and I can't stand virtual flowers. I usually go for the real thing. And the only real thing for me today are my feelings. So today it's official: I absolutely hate, loathe,despise, abhor the sectarian mullahs in power in today's "liberated" Iraq. One would have thought that on this loving day, I would entertain at least one empathic wish towards them..but no...nothing. Quite the opposite in fact. I tried to give it more thought, with difficulty, as they actually make me cringe and all I want to do is recoil , close my eyes and make them di
36 comments
Read more 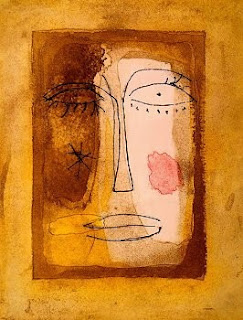 A surge, a crackdown, three Iraqi women to be hanged with no legal counsel, no witnesses and no defense, Iraq's VP , tortured and to be executed, a blast in two markets with over 120 dead and over 140 wounded,the continuous siege of Haifa Street, Al Adhamyia, Karrada,Al Amariya, Al Amil,Al Yarmouk...So please tell me where to begin ? To simplify this monumental task I will start with the obvious. A blast rocks Al Shorja and Al Haraj markets in downtown Baghdad. Over 120 killed and hundreds of injured, black dense smoke covering half of Baghdad. The reports say "a predominantly Shia" area, I say horseshit. Anyone who knows downtown Baghdad knows that these two souks are nothing but a mixed commercial area. The blast happened whilst Maliki, "the shah'n'shah" of Iraq has declared not 1 minute of silence but 15 minutes of silence to reflect on the blast that rocked Samarra a year ago. 15 minutes of reflection by Maliki is a tall order indeed. Reminds me o
39 comments
Read more 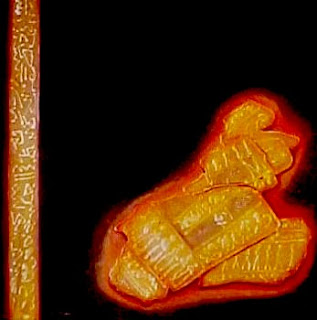 In difficult circumstances, we gathered today. There was around twenty of us. Men and women. From different nationalities and different religions and denominations. We were muslims and christians. Sunnis and shias."Middle easterners" and "North Africans."... (can't say more-the walls have ears) Middle Easterners may mean: Iraqis, Jordanians, Palestinians,Lebanese,Syrians and North Africans may mean Sudanese, Egyptians, Tunisians,Lybians,Morrocans,Algerians... (Just a small lesson in basic geography 101.) What brought us together on this dark cold evening? Just a memory of our Hero Saddam Hussein. Some of us loved him, some of us liked him, some of us disliked him and some of us were critical of him and some of us used to hate him... But we gathered nonetheless in his memory. How come? I asked myself. Here we were: "Mesopotamians,canaanites,pheonicians,carthagians,pharaonic..." yet we still managed to assemble. No questions asked. The meeting was nothi
29 comments
Read more

February 09, 2007
Forty days since you have been physically gone. It still feels like yesterday, the first day of the Eid. Your spirit lives on... This Video is in your memory . For Arab Viewers this Video is in Arabic with the President of Iraq Saddam Hussein making a Du'aa, an invocation. And another one here with a poem in dialectical Arabic composed by a Palestinian from occupied Palestine. And this one here in Iraqi and Kurdish dialect for my true Iraqi brothers and sisters. And the last one here for the dumb americans and co. PS: The puppet said we are not allowed to commemorate.....lol Video 1 showing: by KSM 199- Saddam the King. Video 2 : SITHFE - The Eid Invocation./ King Saddam 2. Video 3: by zzoo1- Never Forget You. Video 4: by eeo1akk- Umm Al Maarik. Video 5: eeo1akk- You can't touch this.
44 comments
Read more 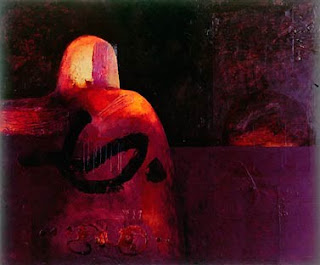 This unending sequel to I , II & III contains foul language. You don't like it ? Tough! I have been way too polite with you lot so far - Enough is enough. ________________________________________________________________ I read that the criminal you voted for not once but twice and don't give me this crap about your rigged elections - this is your screwed democracy and this is not my problem and you voted TWICE for a bastard, criminal, thug , so shut up and don't you interrupt because I have heaps to tell you... So this bastard of yours wants 3 trillion dollars for his war efforts in Iraq. Four years down the line and your fucked up country with its equally fucked up military has not managed to control and seize a country the size of California. You can stuff your flags right where the sun does not shine for starters. Three trillion dollars to kill more innocent,poor people who have done absolutely nothing to you. Nor they nor their President Saddam Hussein nor his go
18 comments
Read more
More posts