Showing posts from August, 2010
Show all

August 29, 2010
Two weeks ago, I took an elderly relative of mine to the Emergency Ward, he was feeling terribly unwell and I was terribly worried... We waited for hours before this relative was checked by a doctor, there was a long queue and he was placed in some space with temporary beds, a horizontal waiting room if you wish, filled with other patients... My relative was given a sedative and would doze off into sleep, punctuated with whispers of pain... Th nurse suggested that I go "home" and that the doctor will call me once he examines my relative, I categorically refused to leave him alone there, so I waited and waited...for endless hours... During his quiet periods, I would observe those in the makeshift ward, some were screaming with pain, some were trying to breath through machines, and others were swallowing whatever that assailed them, with stoicism... I sat there on the stiff wooden chair that left my backside numb, and observed each and every one of them...there was ha
Read more

August 27, 2010
I am devastated...I learned that my relative K. has been taken away again... Every cell in my body is in revolt, enraged, and terribly sad...Mom said this time K.will not make out alive. He was sitting with his family, breaking the fast, when the "Iraqi" forces, the shiite fascists barged in and arrested him... It took 5 years for him to be released from his dirty cell, American cell, then Iraqi shiite sectarian cell, I did write about him and his torture, the man is over 65 years old, I am not sure we will see him again this time... I don't even know in which cell, in which dungeon he is lingering away...I don't even know how much money they are going to extort again... During his previous prison stay, no charges were pressed against him, he was tortured and rotted away for 5 years, his only crime he is an Arab Sunni, who said that Iraqis must rise against the American occupation...he said it... How dare he say such a thing ?! One should never rise agains
Read more 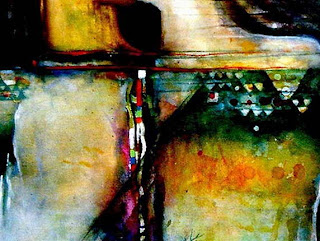 Postscript. I have not used that word in ages... A postscript -- there is a script and there is a post script, another script that comes after the main script... What I retain is the word - script. I have affinities with this word - script. Maybe because deep down I believe we are all living out a script...a personal script, a collective script...and I don't understand how come no one has ever paid attention to the script... I am not trying to be pedantic or anything...seriously. Am just interested in scripts... I was asked today what's the postscript for Iraq ? The person who asked me this question formulated it in good faith - ok she was a foreigner, but still in good faith. (it happens sometimes i.e to be a foreigner and in good faith). She said she wanted to understand... I said - understand what ? She said - I understand, now that the "dictatorship" is over and done with, how come people in Iraq are still massacred daily...after 7 years of American
Read more
More posts