STOP THE TRAFFICKING OF IRAQI CHILDREN ! 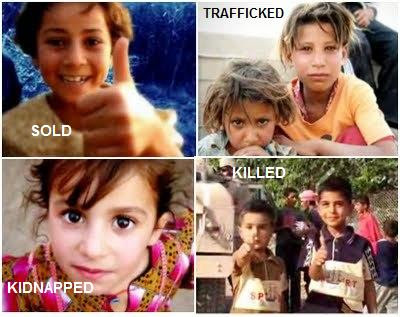 J. has just arrived from Baghdad. We spent many hours talking. Too many stories...

But the most IMPORTANT one is this :

Missing because they have been KIDNAPPED FOR RANSOMS and parents can't afford to pay.

Missing because TRAFFICKED to unknown destinations.

Missing because found DEAD, after their ORGANS HAVE BEEN REMOVED FROM THEIR BODIES.

STOP THE TRAFFICKING OF IRAQI CHILDREN !