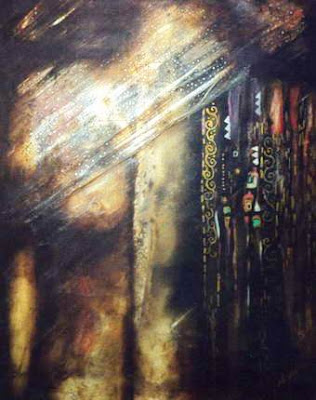 My oh my, this is turning out to be a series - the Freedom series.

In Iraq, we form 60% of the population, since the "brave boys" from the US and the UK eliminated a good deal of our men and the zealous pious Iraqi Shiites forming the militias finished off the rest, both men and women...

Not only that, but the "freedom government" from Tehran, ruled by the sectarian Shiite vipers have stripped Iraqi women of their rights, rights protected by the previous regime and institutionalized new laws that took Iraqi women back to the dark ages.

Misogyny is ingrained in Shiite Ideology. Combine that with a resurgence of the most negative aspects of a Patriarchal society and you can imagine the results...

You may of course argue that Wahabi Saudi style is equally misogynistic. I say, yes sure, but then Iraq is not ruled by Wahabis, it is ruled by fanatical backward Shiites who came to power thanks to the Anglo- American invasion and occupation of my country on bogus charges.

Since 2003, Iraqi women are suffering a great deal. From having their rights taken away from them, to forced veiling, to kidnappings and abductions - which are still going on, to torture and mutilation, to rape, to executions, to killings for "indecency", to burning by acid, to honor killings which are very prevalent in "democratic" Kurdistan, to forced domestication, to an increase in domestic violence, to ugly sectarian discrimination, to widowhood, to impoverishment, to prostitution, to exile, to depression and PTSD, to chronic grief, to lack of support networks, to insecurity, to....

Forget about the Western feminist movements, they are absolutely useless, another bunch of racist opportunist, good for nothing...except maybe selling pink panties.

What a depressing prospect.

Anyway, I found this video, it is 2 years old, but the introduction and the interviews are very good. What these Iraqi women said is still applicable today.

Towards the end of the video, there is a young Iraqi female journalist talking. She had been targeted before. I heard that she has been killed since. I cannot confirm that. But it would not surprise me if it were true.

Of course, you can also understand, with all of the above, it is very difficult for me to look at an American, English, Iranian, Arab and Iraqi man, with "objective" "benevolent" eyes...

They are part of what has and is killing us. Either through their arms or through their silence. And so far, I am yet to see any one of these things speak out in a truthful manner...and when they have done which is very rare, very rare in 7 years, they still uphold either a Shiite, Iranian or American political agenda. Sickening sons of bitches.