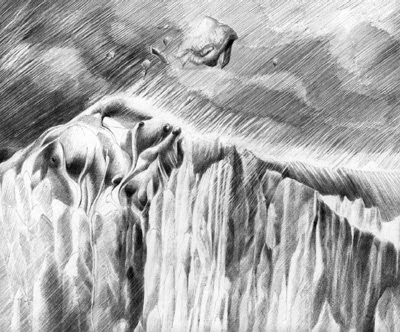 I said to the effect : All the 19 alleged Hijackers were Sunnis, not one Shiite was among them. And they all had alleged ties either directly or indirectly to the following countries.

I also said - all the above countries are or will be destabilized. I added that wherever there is a Shiite minority in any of the above countries, Iran will help in playing the sectarian divide as part of the U.S scheme.
If there is no Shiite minority, expect destabilization in the form of Tribal strife and clashes and/or the presence of "Al-Qaeda." And I particularly referred to Sudan to be next in line.

Today Al-Jazeera English website quotes that scores have been killed in Sudan. Seems that Darfur and implicating Al Bashir in war crimes was not enough to destabilize Sudan. Now this.

Expect more to come in Sudan...

As for Egypt. I hold some reservations regarding the extent of its destabilization since it does have a peace treaty with Israel. But I do not exclude the possibility of it.

In that comment I concluded by saying, Iraq (which had NO ties to 9/11) was the weakest link (due to 13 years of sanctions) and the strongest (due to geographical location, resources and survival of a progressive nationalist regime) and it was imperative that the "war on Terror" singles out Iraq and erases its Arabic identity in view of not only its destabilization but also its future partition, with the help of Iran and Israel.


A chilling future prospect for sure.

Just finished watching "More than one opinion" program on Al-Jazeera Arabic. Muwafaka Al-Rubaie, advisor to Maliki and whose real name is Karim Shahpour with a dual Iranian/Iraqi nationality -- blames the over 1 million dead in Iraq on Insurgents and Baathists being trained in Syria. He is adamant about implicating Syria. This must be the new Iranian policy.
He, of course does not mention the Shiite militias nor Iran nor the American occupation forces as being the main culprits for the death of over 1 Million Iraqis and the exile of another 5 Million of them. ¨
But the most interesting "coincidence" is that he names the nationalities of those insurgents as being and check this out : Sudanese, Yemeni, Saudis...Oh well, it's just another coincidence, right ?