Dark Side of the Moon. 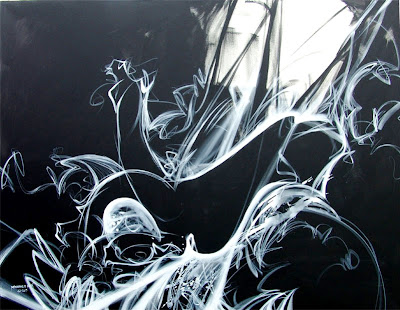 The other day, I had an interesting conversation with a friend about the war on "blue gold" i.e WATER. This will be the next title for another round of conflicts in this region.

A few days ago, Turkey "generously" offered Iraq a bit of blue gold from the Euphrates, in view of the horrible drought and scary low levels of water left in Iraqi rivers. I must add, Turkey had been building since 2003, illegal dams on the Euphrates, stocking the water, thus squeezing Iraq, leaving her begging for more...

Iran has done worse. It has actually diverted water flow from rivers and lakes in the south of Iraq, making sure that no water reaches the center.

So whenever I start getting interested in one subject, all those other pieces of news start popping out...and I connect the dots.

Jordan knows are real water problem - endemic. Israel is monopolizing all the water sources, staving off both Jordan, the occupied territories and Gaza. In Gaza there is a very serious shortage of water, dangerously so.

Yemen is not spared, either. Some are predicting a killer drought there, if nothing is done to remedy it. And I won't even start mentioning Somalia...

Having coastal lines is useless, since desalinisation processes are not only too costly but also very complicated.

But there is hope. They found another source of Water. Granted it's a little far, but still...

Water has been found on the Moon.

Scientists say "there is not enough water to foster life on the lunar surface - but if processed in large quantities, it might provide drinking water or fuel for future moon bases..."

" it's possible to use this water for life support, for manufacturing oxygen and also for use in rocket fuel - which allows you to take off from the moon and possibly fly to other places, such as the planet Mars.

"The future of human space flight just got a lot brighter thanks to this discovery. And I think it provides added incentive for nations around the world to go back to the moon, explore further and develop the industrial potential of the moon..."

Did I read this right?

You know what that means right ? The U.S is going to invade and occupy the moon and surrounding planets...

If you need water, you better rush there before and fast...for a drink or two.

I think am going to do just that.