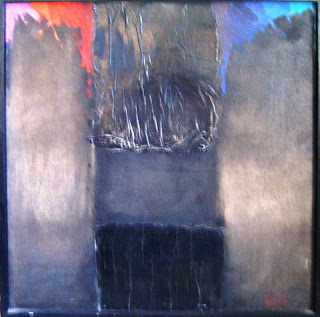 A deluge of timed explosive car bombs have assailed Baghdad.

The deadliest was an organized orchestrated spate of bombs that targeted 8 churches (not 5 as reported in the media) - 8 houses of God, 7 in Baghdad and 1 in Mosul.

Christian neighborhoods in Mosul have been under curfew since yesterday.

A Zebari, a highly placed "army officer" - not to be confused with H.Zebari, the kurdish "minister" of Foreign Affairs, most likely one of his relatives though, said in a public statement that he was expecting violence to continue in Iraq for at least 3 to 4 years. Maliki affirmed the same thing, so did zionist Biden.

So who is behind this deluge of terror ?

The official version is the usual broken record ; Al-Qaeda and Saddamists.

S.Al-Mutlaq - and am no fan of S.Al-Mutlaq, but I will have to agree with him on this one. He said Al-Maliki and the other sectarian parties (from Iran) are behind this spate of violence. Elections are coming up soon, and these all shiite parties want to ensure victory in the coming electoral process, by playing the security card or lack thereof. And in his own words :

"The security situation is still fragile and all what was said that there was serious improvement of security in Iraq was not correct and not accurate.
The second thing is that the election is coming. Those who were gathering before to form sectarian movements here and there, they are trying to do that again.
To do that, they want an atmosphere for sectarian election. And this can only be done when there is an introduction for that. This violence, I think, is an introduction to bring back sectarianism to the minds of people so that they can pull them to the election in a sectarian way. Unless there is a pressure from the world community, this government is not capable and not interested to achieve reconciliation in the country."

Other Iraqi analysts argue and they do reflect the prevalent sentiment in Baghdad - that those behind this spate of violence are those who have vested interests in keeping the status quo as is. Namely the shiite sectarian parties, the Kurds who oppose any US troop pull out until they achieve their "independent" state, Iran and the more its internal unrest continues the more Iran will provoke deadly strife in Iraq and last but not least the Americans themselves through joint Mossad/CIA intelligence operatives.

The Archbishop of Baghdad - S.Wardoonee, in charge of the Virgin Mary Church in Palestine Street was briefly interviewed on al-Jazeera. When he was asked who was behind the church attacks - he declined to point the finger at anyone. He could have easily repeated the official version of AQ and Saddamists. But he did NOT. Why so ?

Because he knows that 1) Saddamists (whatever that term means) will never attack Christians. In fact, the Christians of Iraq were the best and most protected minority. And NEVER in the living memory of Iraq - I repeat NEVER have the Christians of Iraq been a target before 2003. NEVER. And the archbishop did not mention AQ either - he could have done so, so easily. He did not. Because S.Wardoonee knows that AQ in Baghdad, is the same AQ in Mosul. It îs primarily made of Iran, Israeli and American intelligence operatives. And he also knows that the KURDS have also been very much behind the latest spate of violence in Mosul and in Baghdad.

The Archbishop S.Wardoonee just replied with ; We don't know who did it. We know that this is a highly organized terror campaign against the Christians of Iraq to create sectarian and religious strife. Within 2 hours - 8 churches were targeted in Baghdad and Mosul. We had requested special protection from the Iraqi security forces and had repeated our requests many times. It was not appropriately given to us.


It is really not all that complex to understand.

Iraq is being made unliveable for anyone who is not a shiite or kurd. It really is very simple.

And if in 6 years of "liberation" the "Iraqi government" has been unable to guarantee the security for its citizens, it will not do it in 10 years.

What we get instead from the mouths of kurdish Zebari, sectarian, shiite Maliki and zionist, american Biden is that terror will continue in Iraq for many years to come.

And yes, they are saying the truth here. Because it is the sectarian shiites and Iran, it is the kurds and Israel and it is the Americans who have ever vested interest to keep Iraq unliveable for anyone who opposes its partition.