What is the American Plan for Iraq ? 2. 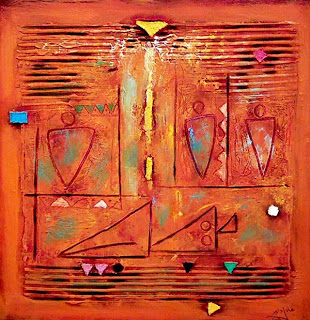 I did say I will continue this post...and you've had several days now to think about that question - What is the American plan for Iraq ?

Thus far I have not received any answers. That is quite strange, bearing in mind all the palaver, all the media propaganda, all the paid websites, all the paid bloggers, singing to the chorus of Democracy...and still not one reply to a very simple question...

I will pick up where I left off...and I find myself repeating myself like a parrot, and it still amazes me, that 7 years down the line, the majority of people are still totally clueless...

It still amazes that since our day of "liberation", when I remind people with figures, they look baffled...and shake their heads in disbelief, unable to comprehend, as if I am talking Chinese...

The American plan for Iraq so far has given the following; again to freshen you up even though I full know that it is a fruitless endeavor but I will repeat it again and again, for the record :

And bear in mind that I am NOT covering the period preceding 2003, the 13 years of sanctions, of embargo where 1.5 Million Iraqis died as a consequence, out of which half a million Iraqi children.

Nor am I including the ongoing slow death, the agony of victims of Depleted Uranium, in the thousands...

Nor am I including other slow deaths because of lack of access to medical care, hospitals in shambles due to corruption and so called reconstruction money being stolen, due to poverty and unemployment of about 50% if not more , all since 2003...

If I take any illiterate person and show them these figures, and ask them what do they think, they will call it -- Genocide.

In 7 years, the US and its Iranian backed government have managed to kill, maim, exile more than what Israel has done in 60 years...This is a truth no one wants to look at. No one wants to look at neither from the so called anti-Zionist lot, nor from those who sang to the tunes of Freedom and Democracy.

Come to think of it, it is utterly shameful that I spend so much time repeating myself, as some innocent person in a court room, trying to prove his innocence...repeating facts 7 years down the line...one would have thought that at least through this virtual medium there would have been mass mobilization, a cyber revolution of indignation (at least that) around Iraq.

But no such thing happened, nor is it about to happen, despite the fact that on a daily basis, DAILY basis there are explosions, bombs, killed Iraqis, maimed Iraqis, abducted Iraqis, tortured Iraqis, detained Iraqis, executed Iraqis, kidnapped Iraqis....DAILY since 2003 - since the "liberation from the Tyrant"

The ONGOING SILENCE, the complicit silence is WORSE than the crime...

Let me not get carried away with too much "emotionalism", for yours are the voices of logic, proof, evidence, and reason...

So getting back to the figures above. What would you call that ? This is exactly what is taking place since 2003, since the day of the American invasion and occupation of Iraq. So what do you call that ?

So what is the American plan for Iraq ?

Until I get to hear your reply, I shall continue with part 3 hopefully...even though I have told you before -- ask the right question, the right answer will immediately pop up.