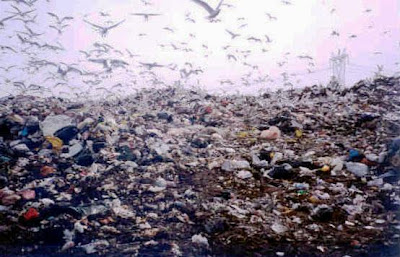 Oh, all those plums in arse (ass for the yanks) exclamations around the Inquiry, oh the Inquiry par excellence.. Oh much obliged for your fucking inquiries....seven years down the line.

So what are you inquiring your ladyships and esquires of my arse ?  Oh the legality or illegality of Iraq's occupation. And all those little English turds are getting so excited today, with "goodness gracious Blair is lying". Said with an impeccably placid cold face, those same cold faces that betray nothing, not even the flimsiest of emotions, very much like the face of a psychopath caught in the middle of a slaughterous, sanguienous act...

Constricted, restricted and chronically constipated, from head to toes, those prime and proper spastic Brits voice their little indignations, a mouse's squeak from a rat hole..."Oh he is lying"...Oh really ?

"He should apologize to the families of the men who died in an unnecessary war" they say with clenched teeth and pursed lips - of course the families here are those of the stinking 179 or so English lads, the buggers in Her Majesty's uniform, who went for some  "some jolly good fun", in Babylon...sodomizing, buggering, their way through in search for Weapons of Mass Destruction and buggering their way through our "liberation", pissing on the "locals" expiating archaic inferiority complexes, poking them with spikes and rifles, battering a few till death after some good old shagging the English way --  bend over, bottoms up -- the perfect training from Eaton to Sandhurst....the time long, perennial fascination with the Oriental arse...

Yes Tony Blair, do apologize for your filth of a people...apologize to them because they voted for you TWICE, and this is the dark flip side of the coin you will not be hearing in the tumultuous collective mousy English squeaks.

Disgenuious and perfidious to the bone, we already know what mud you are made of...remember ?! We remember all too well...Africa and India remember too...one thing in your favour, you can't be forgotten.

An Iraqi journalist told the Arabic Fox news "Al-Jazeera", he said "A liar is still a liar, removing Saddam had done little to help ordinary Iraqis. Before 2003 there were problems with security, infrastructure and services, and people died because of the sanctions, but after 2003 there are major disasters...after six years or seven years there is no success on the ground, in any aspect."

But you don't care about truth or success being the mediocre poodles of Empire. What you care about is buggering, sodomizing the Iraqis. This is what you really care about. You care about destruction, plundering and murder for the sake of murder...a collective Jack the Ripper. You care about regime change because Saddam was a "tyrant who threatened the world". The only tyrants, the only psychopaths I see are You.

Rooted, ingrained and embedded -- in lies and hypocrisy, in your all too familiar double talk, two faced masks, in your deep almost genetic envy that goes by the name of "fascination", in your deep insecurity blacked out in drunken brashness, in your prudish victorian impotence gulped down in pints of liquor, in your patronizing, paternalistic, condescending demeanor, something you have never been able to shake off, something part and parcel of your natural, non existent pathetic selves...

Unhygienic, filthy, unwashed, stinking to the core, debauched and decadent, hiding your sick perversions behind the facade of "proper" and "civilized". How many a times did I hear those words uttered from behind your stenchful breaths, with your stiff upper lip, with your immobilized faces, with your paralyzed affect...

And how many a times have I seen you walk with arrogance, smugness and know it all, teaching down the "natives" what proper conduct is, dressed in your cheap suits, your British Home Stores bargains, wearing the same shirts, socks and shoes for weeks... miser, niggardly, grabbing free meals whenever you can, beggarly counting pennies, using and profiteering behind this polished veneer of "civility", feigning your way through...smirking and backbiting like street hookers when no one is watching only to redress your pitiful selves the minute you are seen...for the aura of English untouchability needs to be preserved at all costs, while your filth seeps through the cracks of your mendacious beings...

The garbage of the Old Word in the ancient lands of Mesopotamia - this is my gift to you.


Picture : Garbage with a thousand freed Iraqi seagulls hovering above...