Resisting the Virus of Occupation. 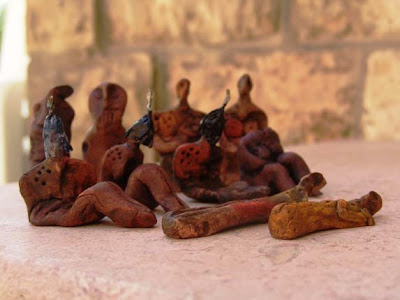 Less than 300 died from Swine flu, world wide. In Iraq, in the month of April alone, over 355 were killed by the Virus of the Occupation.

Wait a second here, let me get my mask out before addressing you...I am a hypochondriac, who is allergic to pigs.

I love animals but was never driven by the urge to pet a pig. Something about pigs repulses me. Maybe they are cute and maybe they can fly too....I don't care. Pigs are pigs.

I have seen them in action. They are an ugly bunch. They groan all the time, and stink to high heavens. They live in rubbish, eat rubbish and are rubbish.

We've got thousands of them in Iraq. White and pink ones and occasionally darker ones...domesticated, wild, hogs on the loose. So much for your swine.

- Mosul : 2 US brave boys, some say 3, shot dead by an Iraq soldier FOLLOWING 4 days of a "brutal and humiliating" campaign of arrests done by your brave boys.

The American Swine will not be leaving Mosul any time soon, for sure.

- Kirkuk : A "high" American delegation in Kirkuk to discuss with the Kurds the latest wave of "insecurity" in this city.

- Northern Iraq - Iranian helicopters have been pounding for the past 48 hours, the Kurdish villages in " Free Kurdistan" -- hahahahaha

- Babel : Several mortars fell on the American Consulate in Babel. Cover up. No deaths reported.

- Babel again : 120 Sahwa members resigned - have not received a pay check since March 09 and threatening....

- Diyala : Arrest of Sahwa leader - Al Jibbouri. Pleas to release him followed by threats to turn Diyala into another quagmire.

- Baghdad...more news to come, soon. I am sure. And no, am not related to Al-Baghdadi who has been arrested and dead for over 3 times, already... wankers!

Iraq is the quagmire for pigs...We told you, we warned you, you refused to believe us.

Call it - Resisting the Swine Virus. The virus of the Occupation.