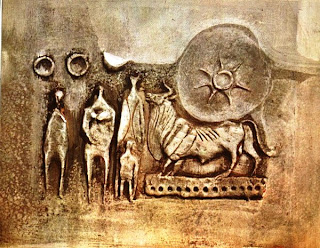 I don't think you have read this in any of your news outlet.

Someone jumping from the 10th floor in some dump in Indianapolis is more important than the slaughter of the minorities in Iraq, in particular the Christians of Iraq whom you generously came to "liberate" along with others...

Two days ago in Baghdad, a Sabaen/Mandaen family was murdered in broad daylight. Their only crime was their religion.

Yesterday, 5 Chaldeans from Kirkuk were murdered in cold blood. They belonged to two families. They were just sitting at home, trying to keep safe. The names I was able to memorize are : Bassem, Mona and Suzanne.

The Chaldean Archbishop, Louis Zako issued a plea for the world to save the Christians of Iraq from murder. He textually said :

" This is a deliberate policy on the part of the government, they fail to protect us...they want us to leave Iraq. We are Iraqis through and through. This is our land too. I ask my congregation to remain steadfast and not to leave this land..."

Another archbishop from Erbil added - "Since 2003, our situation has deteriorated greatly. Persecution of Christians and other minorities first started in Basra, then Baghdad. In 2008, in Mosul (the Nineveh Province - North of Iraq), entire Chaldean and Assyrian families were kicked out from their homes. And today it is Kirkuk.
The government is not protecting us despite several of your pleas. The government refuses to give us information as to who is committing these murders even though it knows their identities. We are helpless. Someone help us please."

Hundreds of Chaldeans, Assyrians, Sabaens/Mandaens, Shabak, Yazidis have been forced into exile since 2003.

The Christian population of Iraq has dwindled from 2 Million or so, to less than 600'000.

The Chaldeans were the first to embrace Christianity in the Middle East. Their history dates back to Babylonian times and some say they were the ones who built the tower of Babel. Their language is still Aramaic.

The Assyrians, another ancient minority, came about a 100 years after the Chaldeans. They too embraced Christianity.

Both Chaldeans and Assyrians are one of the oldest, most ancient communities in the Middle East.

They are the first surviving inhabitants/communities of this land. They are Iraq. Iraq is not Iraq without them.

During the reign of the "tyrant", they and other minorities were the most protected and safeguarded.

Millions of Dollars were offered to the Christians of Iraq to build new churches, and they were allowed to practice their faith in all freedom. Ditto for the other smaller minorities.

Never, and I repeat never in the contemporary history of Iraq, and I defy anyone who will tell me the contrary, anyone belonging to a minority group -- been harassed, discriminated or persecuted against because of their religion. Killing a Christian because of their Christianity was unheard of.

It took "Christian" America, the "Christian" West, to obliterate the oldest living people in the Middle East.

I wonder what Jesus Christ has to say about that ?

I find myself making another appeal. Seems to me that since 2003, we have done nothing but appeal to someone out there...

So am appealing again -- In the name of Allah, God, Jesus, Mohamed...STOP the persecution, forced exile and killing of Iraq's minorities.

They are part of us and we are part of them. We are one blood, running in the same veins. They are Iraq and Iraq is not Iraq without them.