April 01, 2009
Been told that my posts have no substance...guess what ? I'm going to give you some real substance tonight. Something to sink your teeth into...

I have some real important, substantial news - KFC opened in Fallujah.

For those who are not into globalization - KFC stands for Kentucky (bible belt, bible thumping redneck, heehaaa) Fried Chicken. Got to love being liberated by "middle America".

Why do they call it "middle America"? All of America is middle to me - actually below middle, kind of way below the middle...like way down.

But listen, don't want to spoil the good news for ya. KFC opened in Fallujah...now if this is not "liberation" don't know what is.


Bet you, you're into junk food too. So fuckin' lickin' good. Taste buds used to garbage -- yummy so lickin' good.

And democracy demands the export of garbage - your garbage. And where, out of all places ? In Fallujah.

Like the men, women and children of Fallujah, well done - maybe a bit overcooked for your taste. Carbonized more like it.

But hey, that was so fuckin' lickin' good.

Betcha you, your brave boys licked their fingers afterwards...it was good. So good.

Kinda like the fried chicken from Colonel Sanders, from KFC - deep fried.

But we have KFC in Fallujah. That should make up for it - Finger lickin'good.

Come on America, lick your fingers.

I, personally, am licking mine....

Ir's comin' and it's so fuckin lickin' good. 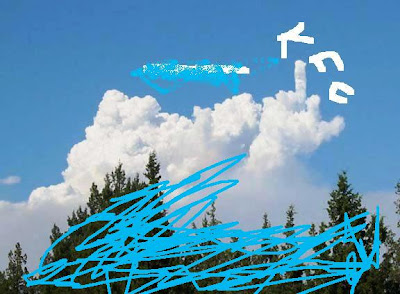