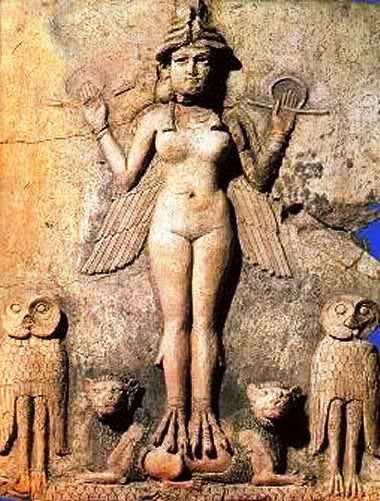 The Feminine is considered a "recipient", you know, that womb, uterus that will carry, bear it and endure...labor pangs and all....sacrifice, self effacement, selflessness for the "greater good".

The Feminine, the land that is "toiled" like a field...the earth, the ground where you plant seeds that sprout...

The Feminine - The dumping ground ?

Seems it is so.

I liken Iraq to the Feminine, in its rather simplistic and vulgar definition as in above...This is where all the syphilitic vultures dump their violence.

Today, a female TV presenter was shot dead in Mosul, she was just reporting...

Whether this violence came in the form of a US missile, an AK47, a gun, a knife, a cane or an actual penis, it does not really matter, it is all Phallic violence.

One Iraqi woman aptly described it as "living in a jungle ruled by men",  (article here on the increase of violence against Iraqi women and the male government's refusal to do anything about it). Adding, if shelters were constructed, the government fears that a great number of women will leave their "families".

Iraq as exemplified by its women, has become the Dumping Ground, ever since its "liberation".

Usually when one thinks of "liberation", one imagines someone in shackles, squatting in a cell, chained, unable to stand, unable to move, suddenly transformed into this free being, who gets up, breaks free and runs, runs, with her two legs...jumps up and down with joy, walks forward with enthusiasm and hope, with dreams about to be fulfilled...

Does Iraq fit the imaginary liberation picture above ? Does She fit the US promises embodied in that "grand" statue of Liberty, a woman holding a torch, erected tall, above the grounds ?

Tens years on, the shackles have become stronger, the chains thicker, the cells darker.

And I could not find one single tenet, one single clause, one single item in any textbook, moral, ethical, philosophical, legal code, that could justify why the Feminine should be your dumping ground.

I concluded that this is an anomaly, a disease, that must be radically eradicated, due to its contagious nature.

A zero tolerance, that will no longer accept any rationalizations, any justifications.

Whether that violence is physical, sexual, moral, psychological, religious, political, or social does not matter either.

After all, Iraq, She is the land of Civilization, where things started to grow, where seeds sprouted, where monuments were erected, where everything stood tall under the Sun.

Just because you tried to turn Her into a flat dumping ground, does not mean She is. This is only an Illusion in your mind.