"As good as it gets" 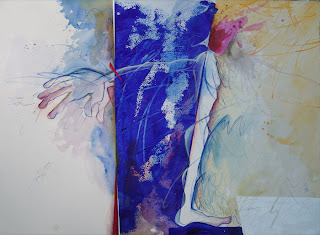 Do you remember that film - As good as it gets, with Jack Nicholson and Helen Hunt ?
The guy had some mental disorder and tried everything under the sun to have it cured, to no avail. Don't you love it how Americans twist things. The guy was a fucking nut case, but they call it in the politically correct lingo " a disorder". Anyway it's a great film, you should watch it some day, because...this is as good as it gets.

I remember my friend Samia, every time I went out on a potential date and came back "empty handed" so to speak, I'd relay to her all the intricacies of my first meeting, she'd say in her usual fashion - "Dear, this is as good as it gets" and she'd add with no malice, "if it's like this in the beginning, you can be sure it's worse in the end."

I love Samia for the deep simple wisdom she comes up with.

It kind of reminded me of this killing spree that took place in a "counseling" center in Iraq, where one of your brave boys shot 5 of his mates...during a counseling session. I'm afraid to break it to you, but this is as good as it gets.

Excuse me but who created the battle zones in Iraq and Afghanistan but yourselves ?

As Bob Marley would say in one of his songs - "don't jump in the water, if you can't swim" another variation of "if you can't stand the heat, get out."

Combat Stress, I like that term. I suffer from combat stress too. I for one have to deal with forced exile, no home to return to, a dispersed family, kissing ass to have my residency renewed, unemployed, relatives in prisons, and spreading myself thin to keep things together. Plus I have to tackle assholes all day long. That's combat stress alright.

Mind you my combat stress is nothing compared to those who are still imprisoned in Iraq, Baghdad to be more precise.

" We can't leave our homes, we never know when a bomb goes off".
" Am tired of looking for missing ones, hospitals, police stations, jails, morgues...I wish they'd tell me where to find him..."
" Wallah this is no life, I'd rather be dead "
" How many times do I have to change my name so they can believe am a Shiite ?"
" Nazi Germany and its concentration camps ? I wish it were so ! More merciful, believe me.
"I swear if I can rip my skin and walk out of it and be someone else, I'd do it."
" How will I feed them? Tell me how will I feed them ?"

I have a few more...Now that is combat stress. Real Combat Stress.

A combat stress that has been going on for 6 years. Nay, more than 6 years if you count the sanction years. Let's say 20 years. 20 years in a battle zone that you created and you come and complain of combat stress ?

If I am to take into consideration your PTSD and stress level, then the whole of Iraq should be turned into one huge counseling center. The things we witnessed, not even the brightest and most competent of psychologists will be able to cure and heal. It is indeed a miracle we are still functioning.

Combat stress ? My ass! Who told you to come to Iraq anyways ? You chose that "career", hoping to make extra dollars by spilling Iraqi blood. So are you surprised that guys blow themselves up in your faces ? I am not.

Combat stress huh ? Please come and see our combat stress. The paralyzed old man with drill holes in his legs. The wobbly woman unable to walk after her "visit" to Abu Ghraib. The kids who stutter at age 14 and still piss in their pants because they saw the unspeakable. Whole families living in one damp bedroom, with no mattresses and no blankets. Women prostituting themselves and slashing their thighs with razor blades after their clients have gone. Children who can't read and write because they can't afford school. Displaced families still living in tents and rummaging in garbage to find something to eat. Thousands maimed with bullets, bombs, burns because of you. Hundred of emptied homes in ruins or occupied by militias because of you. Long queues of lost faces, holding documents, begging for a place because of you. Thousands of children, with no father and mother, living in the streets, sniffing glue, trafficked, sold, bought, beaten up, because of you. Thousands crammed in jails, tortured, diseased because of you. Widowed women living on pavements in Amman, Damascus, Cairo, because of you. Young women ganged raped and blinded with acid because of you...God damn it and God damn you, the list is long...

Your "intelligent" reports go on to add " Thousands of other veterans are believed to suffer flashbacks, nightmares or fits of anger as they attempt to readjust to civilian life. One thing if we've learned from this war, we learned from World War II, Korea, Vietnam, the previous wars, is not all injuries are physical..."

Oh really ? Not all injuries are physical are they ? You have over 20 Million suffering from both physical and non physical injuries, some that will NEVER heal.
One day, soon, insh'Allah, you will fuck off back to your own dumps, but how will we live with what you have done ? Whole generations to come will be paying the price of your criminality, or should I call it your "combat stress" ?

Tell you what, I hope your "friendly fires" due to "combat stress" keep on happening, because in Iraq, this is as good as it gets.